The Social Security Response to COVID-19: Read the Small Print 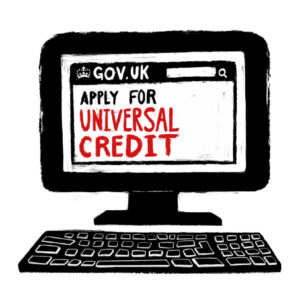 The Chancellor of the Exchequer describes the UK Government’s package of support for individuals, businesses and the economy, unveiled in response to the COVID-19 pandemic, as “unprecedented in the history of the British state.” There may be some truth in this statement, in terms of the overall scale of investment, but for many of the most disadvantaged members of UK society it is a case of business as usual.

The £1,000 increase in the universal credit standard allowance and the raising of the local housing allowance to cover the bottom 30% of rents in an area have justifiably won the Government some positive headlines. But scratch the surface and the pattern of sorting the ‘deserving’ from the ‘undeserving’ that has characterised a decade or more of social security policy continues.

Rishi Sunak’s announcement had some notable omissions. Claimants who receive income support, employment and support allowance or jobseeker’s allowance will not see their personal allowance increase at all. And there is to be no increase in the level of the benefit cap, which limits out-of-work households’ social security income to £20,000, or £23,000 in London, unless someone in the household receives a disability benefit. This means that, even with the headline increase in the generosity of universal credit and housing benefit, many continuing claimants in Great Britain will not receive a penny extra.

Even at the rates of universal credit for 2019-20, the nominal benefit entitlement of a lone parent with two children living in a three-bedroom property in London exceeds the benefit cap by more than £7,700. The lone parent in this scenario would have to pay nearly £650 a month towards rent from the portion of the benefit that is supposed to be used for the family’s other essential needs –assuming she has been lucky enough to find a home where the LHA covers the rent in full.

This headline entitlement looks large, but apply the cap, deduct rent and a family of three is left with just £65 per week for all its non-housing costs. To put this in context, research for the Joseph Rowntree Foundation suggests that a single adult needs £70 a week to meet his or her most basic needs for light, warmth, food and hygiene. A lone parent with two children needs £378 per week to enjoy what people in the UK recognise as a normal lifestyle.

This destitution-level income of £65 per week is not going to increase for anyone who has been on out-of-work benefits for nine months or longer. Those who started a claim for universal credit more recently will see their benefit increase if they previously earned £570 or more per month for at least 12 months, as they have a nine-month ‘grace period’ before the cap applies. Once this grace period is up, their entitlement will be capped like anyone else’s.

What this tells us is that we may be living in changed times – but only to some extent. The UK Government continues to play off the interests of ‘undeserving’ benefit claimants against ‘hard-working’ taxpayers. The recently unemployed, particularly those who have lost their jobs as a result of the current crisis, are now that bit more deserving – but just a bit. New claimants remain subject to the five-week wait for a first universal credit payment. Ministers’ repeated attempts to brush off questions about this by highlighting that it is possible to request an advance from the start of the claim tend not to mention the fact that the advance is a loan that could take two years to repay.

Ministers do not appear to be interested in learning the alternative lessons from COVID-19. Exclusion from the paid labour market is more often thrust upon people than freely chosen. Keeping benefits low cannot incentivise employment, if it ever does, when many sectors will have put recruitment plans on hold.  And at a time when we all need to look after our health, and minimise time spent in supermarkets rather than having to shop around for the lowest prices (just when many low-cost food items have been subject to panic-buying), it is time the UK lived up to its international commitments to ensure everyone has an adequate standard of living.

It is not necessary to look too far to see another way. In Northern Ireland, the devolved Executive makes an additional payment to long-term claimants of the capped benefits who have children and whose benefit entitlement exceeds the benefit cap, so that the cap in effect does not apply to them. Social security in Northern Ireland has been slightly more generous than in England and Wales for several years – most social tenants there are also exempt from the ‘bedroom tax’. Scotland, too, has recognised that families need more to survive than the UK system allows, and will soon introduce an additional payment to claimants with dependent children (unconnected with COVID-19).

Forthcoming research for JRF shows that, even with the extra support available, life on universal credit in Northern Ireland is not easy. An extra £20 per week on the standard allowance and some additional support with housing costs will make a huge difference to struggling families when not immediately clawed back through the benefit cap. The devolved institutions are our laboratories of democracy, and claimants in England and Wales have every right to ask why they are expected to struggle under the cap (while the Government accepts the plaudits for its apparent increase in generosity) when other parts of the UK challenge the ‘anti-welfare common sense’ that has too long shaped Westminster’s agenda.

The example household in the post would be entitled to a universal credit standard allowance of £317.82 per month, child amount of £463.34, local housing allowance of £1,633.98 and child benefit of £149.07, for a total annual entitlement (pre-cap) of £30,770.52. Social security law assumes children of different gender aged 10 years or older should not be expected to share a bedroom.

Mark Simpson is co-investigator (with Ruth Patrick) on ‘Universal Credit in Northern Ireland: sharing experiences, suggesting changes’, findings of which will be published by the Joseph Rowntree Foundation in June 2020. For further discussion, see Harris, Fitzpatrick, Meers and Simpson in Journal of Social Security Law vol 27 issue 2.

This post originally appeared as part of the Covid-19 Chronicles on the Discover Society blog and is reproduced by permission.