The Constitutional Significance of the UKSC: Is it Time to Rethink Appointments to the Apex Court Again?

by Byron Karemba, School of Law, University of Leeds

This article is cross-posted to the Judicial Diversity Initiative Blog 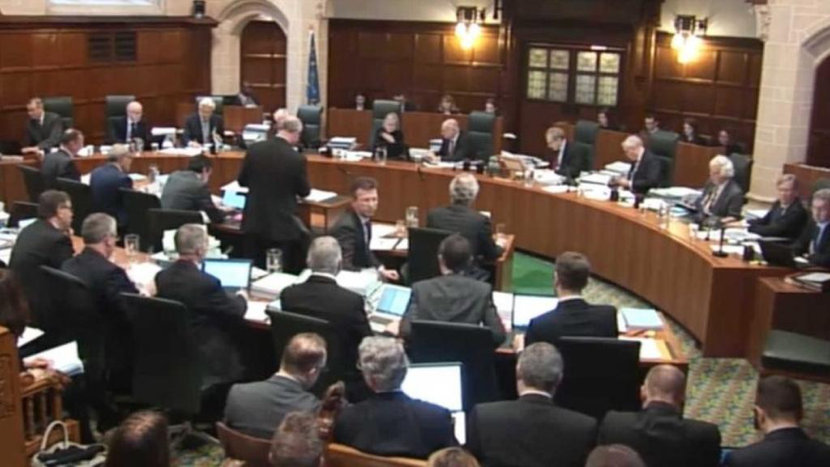 If you are a public law anorak (like me!) your eyes have probably been glued to the Supreme Court website over the last few days watching the live streaming of the hearings in R (Miller and another) v Secretary of State for Exiting the European Union – “the Brexit Case.” However, from looking at the cast of characters on screen, you can be forgiven for thinking that senior judicial and advocacy jobs in the UK are the preserve of those who happen to be white and male. The unmissable lack of diversity on the Court’s bench, and amongst leading counsel appearing before the Court will not have allayed longstanding perceptions and stereotypes about the composition of the senior judiciary and the Bar. However, is the composition of the Supreme Court about to look noticeably different in the next few years?

In July this year, the UKSC released a little-noticed statement detailing the appointments process for filling vacancies due to arise as a result of the mandatory retirement age which members of the Court are subject to. Half of the twelve full-time Justices will reach the statutorily prescribed retirement age within the next two years. The retiring justices are:

It is noteworthy that Lord Mance’s forthcoming retirement will further reduce the number of “first justices” transposed from the House of Lords to the Court to just two, namely, Lady Hale and Lord Kerr. So not only does the Court face the prospect of new leadership, but with half of its membership being replaced within the next two years, it is clear that the Court is set to undergo a major change in its membership. Given the current unprecedented attention on personalities of the Court, it is therefore an opportune moment to reflect on the process of appointment to the Court, and the lack of visible diversity which has plagued the top Court since its creation.

In Search of Flexibility- Doing it (Somewhat) Differently

Appointments to the UKSC are dependent on the convening of ad hoc “selection commissions” by the Lord Chancellor for each individual vacancy which arises. This is pursuant to sections 26(5) and (5A-B) of the Constitutional Reform Act (CRA) 2005 as amended by provisions in the Crime and Courts Act 2013. A selection commission convened under this framework must have an odd number of members, and it must include, the President of the Court; one lay member; one senior UK judge (other than the Deputy President or the other Justices of the Court); one member of the Judicial Appointments Commission; one member of the Judicial Appointments Board for Scotland; and a member of the Northern Ireland Judicial Appointments Commission. However, apart from the qualification rules in section 25 of the CRA,  a commission convened for this purpose largely makes a selection based on the elusive and contested concept of ‘merit’ (section 27(5)). Otherwise, as observed by Baroness Hale in an extra-judicial speech, the CRA ‘has little to say about the criteria for appointment or the qualities necessary to do the job.’

As a consequence, a selection commission convened under this scheme is to a significant degree self-regulating. As well as devising a job specification, section 27(1) of the CRA gives a commission latitude to determine the specific criteria to be applied in each selection exercise. Thus, the eye-catching part of the Court’s July statement is the paragraph which outlines that:

In order to encourage the broadest and most diverse range of applications and achieve the most efficient process for candidates and the independent Selection Commission, we propose that recruitment for these vacancies will be grouped together in joint selection exercises to take place over the next two years.

Two observations can be made on this statement. First, it highlights the Court’s awareness of the controversy and interest surrounding these upcoming appointments. The composition of the UKSC has rightly been the subject of an intense debate. Much of it focusing on the fact that only one woman has ever sat on the top appellate jurisdiction since its formal establishment in 1867. Secondly, the proposal to coordinate the upcoming selections and the reforms introduced by the 2013 Act can cumulatively be viewed as attempts to induce a degree of flexibility to the regime introduced by the 2005 Act.

However, if the selections are to be ‘grouped together’ as the Court’s July statement suggests, this has to be done in a manner sensitive to the requirements of s. 27(10) of the CRA. This requires that a selection of a commission ‘must be of one person.’ Therefore, ‘grouping the appointments together’ as the Court proposes cannot be a mechanism for drawing-up a single list for all the vacancies. Given this attempt to recalibrate the process and the Court’s increasing constitutional and political significance, does the appointments process need to be comprehensively rethought again?

Why Composition of the Supreme Court Matters

Common law systems tend to have a unified court hierarchy with a single apex. Like the High Court of Australia, and the Supreme Courts of the United States, Canada and New Zealand; the UKSC is the single top court in the UK. It exercises a general appellate function across all three jurisdictions within the UK (minus criminal appeals from Scotland), as well as being the final (domestic) arbiter of litigation with a “constitutional dimension” e.g. devolution cases.

The table above needs no further elaboration. It is clear that, comparatively, the UK Court is uniquely unrepresentative. By contrast, Australia, which has retained an active ministerial role in appointments to its High Court seems to be making greater progress: five women have sat on the Australian Court since the appointment of Mary Gaudron in 1987. And furthermore, the appointment of Justice Susan Kiefel to the Chief Justiceship this year means that the Australian Court will be presided by a woman for the first time in its history. So, does it matter that we have not seen similar progress in the UK?

Yes, it does. As a second-tier appellate court, the UKSC’s adjudicative role is to an extent “law-making.” As Lord Neuberger observed in recent extra-judicial remarks:

One of the tasks of the Supreme Court is to clarify and correct the law where it considers that it has taken a wrong turn, or it has strayed out of line with established legal principles or modern values.

Such judicial “law-making” has been evident in a number of cases which have come before the Court: e.g. R v Jogee, Radmacher v Granatino and Jones v Kernott. In each of those instances, the Court modified different elements of the common law to better reflect contemporary expectations about justice and fairness. Therefore, if it is accepted that judges generally make law, and appellate judges even more so, it is imperative that the judges engaged in this enterprise are as diverse as reasonably possible. Hence in the most recent previous selection exercise, among other qualities, ‘candidates had to show awareness and understanding of the contemporary world.’ Such knowledge and understanding can only be present on the Court if the Justices are recruited from all spheres of this “contemporary world.”

The heightened scrutiny which the Supreme Court faces correlates with a broader perception of a rise in judicial power, perhaps expressed too strongly here and here. Injecting a degree of political participation in the appointment process to the top Court may allay some of these anxieties. In an extra-judicial speech in 2015, Baroness Hale canvassed the idea of Parliamentary involvement in the appointments process. She noted that:

One possibility would be to include senior politicians, one from the government and one from the opposition, on selection commissions. This might improve the input of elected Parliamentarians into the appointments without making them overtly party political.

This could take the form of hearings before the Constitution Committee of the House of Lords, and or, the Justice Committee of the Commons. The Supreme Court’s growing constitutional significance can be legitimised in the eyes of sceptics by dispensing with the curiosity which now exists over the political and social outlooks of the jurists which sit on it. This could be done in a relatively apolitical way in order to avoid mimicking the infamous hearings before the US Senate Judiciary Committee. Such Parliamentary scrutiny could be based on the measured reforms recently introduced in Canada. Furthermore, a degree of political involvement in the appointments process could provide the impetus to diversify the composition of the Court and thus give it greater legitimacy as it becomes a fixture of national discourse. It could also ignite a much-needed debate about the proper role of a second-tier appellate court, and what exactly it means to have a “diverse judiciary.”

Byron Karemba is a PhD Student at the University of Leeds School of Law. He is the current Web-Content Assistant for the Judicial Diversity Initiative (JDI). He is grateful to Andrew Lynch, Hilary Sommerlad and Harry Hobbs for feedback on early drafts of this piece. However, all errors and assertions are his.