Should legal sex status be dismantled?

Should a person’s sex and gender remain a “legally controlled” classification – defined, regulated, and (in some ways) produced by the state? This question sat at the heart of the Future of Legal Gender, an ESRC-funded research project which ran from 2018-2022 and recently published its findings (https://futureoflegalgender.kcl.ac.uk/final-report/). 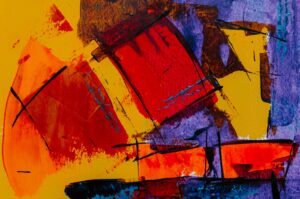 The project’s impetus came from a concern with the incorporationist approach of governments to gender non-conformity. Legal and policy discussions, globally, have focused on the challenge of amending existing structures for classifying and managing sex and gender differences to incorporate people who transition, and people with differences of sexual development (sometimes known as intersex). These structures are predominantly binary although some countries now recognise a third sex or gender. Yet, the detailed and complex regulatory adjustments over how to transition, who can transition, how many times someone can transition, beg the question: what value is there in retaining a system of legal sex?

Between 2018-2022, we conducted a survey, held focus group discussions, and undertook over 200 interviews with government officials, trade union staff, service providers, NGOs, lawyers, wider publics, and academics, mainly in Britain. We wanted to know what people thought about “decertification” – the term we use for dismantling legal sex status – their views on its benefits, and what they saw as its difficulties and potential costs.

Strikingly, critics seemed to see decertification as a political demand relevant only to people with minority sex and gender identities. The difficulties faced by people who do not fit within current legal classification structures is an important rationale for decertification – a reform that would also enable people to live officially without a gender status. But as a critical and feminist project, our research also identified other rationales, based on people’s desire to move towards a society where gender hierarchies and stereotypical expectations no longer operated, and where people were far less socialised into gendered persona.

A local government official told us, “Even if we are talking about the systemic oppression of women, having a box at birth that says “female” means that you are expected to be more compassionate, more caring … and vice versa for men. So that box reinforces that there is a role you are expected to play.”

A union official said, “I felt quite sorry for men…  It’s all that thing about aggression, success, not showing emotion …if we changed that narrative then I am assuming that things like domestic violence would reduce.”

Many interviewees said they would like gender to play a less prominent role in society – given its current relationship to violence, differences of pay and power, unequal domestic and care responsibilities, and inequalities in esteem and physical confidence. Where research participants often disagreed was on whether removing legal sex and gender status could contribute to society changing or was something that should only happen after society had already changed, and sex and gender inequalities no longer existed.

A different trade union official said, “You can change the documentation, but it’s not going to change the facts on the ground. … Is it actually going to take away the discrimination and oppression that people face or is it just the paper exercise that could end up eroding people’s rights? For me, it feels to me like a gesture, an idealistic gesture.”

In our final public report (https://futureoflegalgender.kcl.ac.uk/final-report/), we consider the productive work decertification might do. Beyond unsettling communications about what people are, decertification may impact on how people are gendered. One space where change, along these lines is already happening, in the absence of formal legal reform, is in organisational and policy practice. Many councils, unions, other employers, and service providers are actively seeking to recognise nonbinary gender identities alongside the needs of others who informally transition.

A council official told us, “We are looking at our systems, in terms of payroll, our recruitment system, and we are looking at gender-neutralising those. We have introduced an Mx option on the recruitment portal…. We are just finding it difficult [] to figure out what …do we actually need to recognise in a statutory way; and what can we, as an organisation, [do to] lead the way in thinking and changing our processes.”

Some organisations, including some women’s services, explained that they had relied on people self-identifying their gender or sex for many years, using risk assessments to manage or exclude people who seemed disruptive rather than legal sex.

A director of a women’s centre said, “Those women who are self-identifying as women have the right to access our services.”

But would decertification make it harder to operationalise policies and laws to counter women’s subordination? This was a key concern for some feminist critics, who argued that effective action to remedy women’s inequality required sex to remain certified.

A feminist NGO worker said, “once you are in a world …where women are highly concerned about the discrimination they face and the harassment … How do you ensure that police forces who already don’t take crimes against women seriously are recording these crimes, if there is no longer legal definition?”

Similar comments were made about equal pay and positive action for women – that they required clear, stable, formal ways of determining who was a woman and who was not.

Yet, the legal institutionalisation in equality law of other social relations, such as race and sexuality, use self-reported social rather than legal statuses. Nobody we interviewed suggested these should change, that sexuality or ethnicity, for instance, should be registered and tracked by the government, and subject to a formal procedure for “transitioning” to take place. A similar response typically attends socioeconomic class. Tackling its inequalities should not depend on legally prescribing who comes within different socioeconomic classes. Instead, the focus among progressive policymakers and commentators is, rightly, on more structural responses that address how socioeconomic class inequality is produced.

Governments need to be able to respond effectively to social inequality without requiring categories of inequality to become formalised legal parts of a person subject to governmental determination. This does not mean categories should always be self-reported, that it should never be possible to legally designate or determine membership. The question is which, when, why, and how. Teasing this out is one of the challenges that exploring decertification brings to the fore.

About the Author: Davina Cooper