Shame on who? Fairness and Gender-based Violence in the Brazilian Judicial System 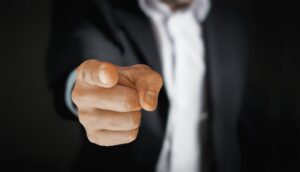 Content Warning: This post contains details of gender-based/sexual violence, and may be emotionally challenging and/or emotionally distressing for some readers to engage with. Please exercise caution.

In November 2020, a decision on a rape case and the disclosure of part of the court’s proceeding shocked Brazilian society and institutions. The details of the case of Mariana Ferrer were revealed in a sequence of facts that show how women face gender-based violence not only in their daily lives but also within institution procedures.

The case evolved as follows. A businessman was accused of raping Ms Ferrer at a party held on a trendy beach in southern Brazil in December 2018. The charge was based on the fact that she was under the influence of mind-altering substances and, therefore, unable to consent to sex. According to the press, the evidence included a video recorded by the party’s organisers showing Ms Ferrer stumbling, followed by the accused. A criminological report indicates sexual activity and the presence of his semen. Notwithstanding, the prosecutor requested the acquittal of the accused. The argument used is that he would not be able to identify whether Ms Ferrer was incapacitated to give her consent. The judge accepted the prosecutor’s argument, and the accused was considered innocent.

Despite all unusual facts of this case – including the fact that the prosecutor acted almost like a second defence lawyer – and the appalling decision, the focus of this analysis is not on the case outcome, but the events occurred during the court’s proceedings.

Fairness to all and Respect

The online hearing at which Ms Ferrer gave evidence was recorded and disclosed to the public. The scene is as follows. Ms Ferrer – the victim – was testifying about the events. Only one judge, a prosecutor and a public defender, all men, are present.[1] At a certain point, the defendant’s lawyer systematically begins to attack Ms Ferrer’s reputation. In the video, it is possible to note that the lawyer shows old photos of Ms Ferrer posted on social media. In showing the photos, the lawyer affirms that her photos show ‘obscene positions’. Ms Ferrer replies. Then, the lawyer states that he ‘would never have a daughter’ of Ms Ferrer’s ‘level’ and tells her ‘I ask God that my son doesn’t find one like you [Ms Ferrer]’. The video shows Ms Ferrer crying, and the defendant’s lawyer continues: ‘there is no point in coming with your concealed, fake crying and shed crocodile tears’. The judge and others do not interfere immediately. It was necessary for Ms Ferrer herself to plead for the judge’s action. She initially says to the defendant’s lawyer: ‘I would like respect, Mr Lawyer’. Then, Ms Ferrer continues to the judge ‘Your Honour, I am begging for respect, at the very least’. She adds: ‘neither the accused nor the murderers are treated the way I am being treated, for God’s sake’. At some point, the judge offers Ms Ferrer to take a break and drink water in order to ‘pull herself together’. When the hearing returns, the judge asks Ms Ferrer and the defendant’s lawyer to conduct themselves appropriately but does not rebuke the lawyer for the verbal abuse.

Ms Ferrer didn’t know, but she had just articulated a powerful argument under human rights law. The fairness of a trial applies to all participants involved in the proceedings, not only the accused. The witness, the victim, and the public are all beneficiaries of the fair trial guarantees. Ms Ferrer is right when she implies that she would receive better treatment if she were the defendant. Ms Ferrer’s old photos on social media were not related to the case and, therefore, were not relevant to prove her consent to sexual act on that particular occasion. Ms Ferrer’s statement reflects the shocking reality. As a woman victim of gender-based violence, the legal system rules – and the persons present in her hearing – allowed her to be treated unfairly in contrast with the fair trial rights of the accused.

Moreover, she also asked for respect. Respect has already been identified by literature as one of the elements linked to the perception of fairness among those that use the legal system. Again, Ms Ferrer identifies fundamental concepts that appear to be ignored by those who retain the power in the scene – judge, prosecutor and lawyers. It is shocking how a case about rape was transformed into a case about the victim’s reputation and past behaviour under the eyes of those who are responsible for applying and upholding the rule of law in Brazil. During the hearing, the judge limited himself to chivalry, silencing about the violence Ms Ferrer suffered at the hearing. His silence legitimises the violence Ms Ferrer suffered during the proceedings. It allows the perpetuation of gender stereotypes – with its pervasiveness and persistency – reinforcing oppression and gender-based discrimination in the judicial system.

Impartiality as the shield

A normative explanation is that he was taking an impartial position, assuring equidistance between defence and accusation. However, it is a misguided assumption that all are in court in equal conditions. It is precisely this mistake that perpetuates the cycle of violence against women. If the judge is unable to recognise that a dominant social group exerts violence against a person seeking justice, how can we expect the judgment to be legitimate? If a judge is unable to recognise the social-structural position of vulnerability in a situation like that, how can we assume that he will be able to do it in other situations, where the vulnerability is not so glaring? The scenes from Ms Ferrer’s hearing are terrifying and created backlash in the legal and political community. The Senate, the National Council of Justice (see also CNN Brazil), and the National Council of the Public Prosecutor’s Office demanded the investigation of the facts occurred in the hearing. However, no punishment has been informed so far.

It is not enough to look at principles such as impartiality as traditionally interpreted. These principles have been failing minorities and those who dare to denounce the violation of their rights, perpetuating the system of oppression. Fairness is above all a feeling of equality and respect; it is not only a sense of following procedures with a view to a certain end. Fairness is not a legal concept only, but it is above all a moral and political concept. It cannot be privatised in the strict lines of procedural codes and professional ethics, but it must be inspired by a concept of justice.

[1] In Brazil, unlike other countries, the jury sits only in cases of intentional homicide.