Religion and Marriage Law: The Need for Reform 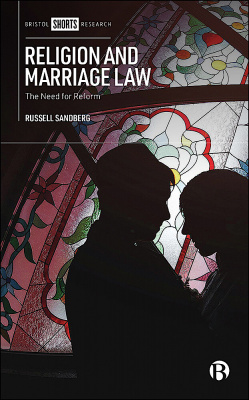 Last summer when the initial COVID restrictions were beginning to be relaxed, provisions allowing gatherings for the purpose of the solemnisation of marriage proved problematic. This was because a number of weddings were not covered by such provisions. A number of people have weddings that do not comply with the Marriage Act 1949 and therefore are not ceremonies for the solemnisation of marriage. This includes religious marriages, those conducted by belief organisations such as Humanists UK and those conducted by independent celebrants. The COVID restrictions soon recognised such gatherings but tied themselves in knots trying to work out what to recognise them as. Such weddings ceremonies – or at least some of them – came to be variously protected as wedding receptions, as events and as ‘alternative wedding ceremonies’.

This underscored the inadequacy of the current law on marriage in England and Wales. A number of wedding ceremonies now exist outside the scope of the Marriage Act 1949. These fall into two main categories.  The first is ‘unregistered religious marriages’: these exist where the couple undergo a religious ceremony that does not comply with the Marriage Act 1949. There are several reasons why such a ceremony might not comply: it may be the choice of the parties (in some communities, religious marriages effectively allow the couple to date, to be together without a chaperone), it may be because the parties are unsure of the law or it might be because it is difficult or impossible for a religious ceremony reflecting their beliefs to be held in a way that is compatible with marriage law requirements that mandate that religious weddings must  place in a registered place of religious worship in order to be legally binding (therefore excluding those religions without a building and those faith communities that have a tradition of marriages taking place outside places of worship).

The second category is ‘non-religious marriages’: those ceremonies that are conducted by belief organisations such as Humanists UK or by independent celebrants. Marriage law provides no means by which these can be legally binding in their own right. Couples who enter into either category need to undergo an additional civil marriage ceremony in order to become legally married. Many do not – and in some cases this is not a voluntary decision on the part of both of the parties – with the effect that they lack the legal rights that they often think they will have in the event of separation or death.

While there is some consensus that marriage law is in need of reform, there is less agreement about how this should take place.  Recent years have seen a flurry of activity on the matter with empirical studies, official reports, private Members bills, litigation and the on-going work of the Law Commission on weddings law. My forthcoming book on the topic, Religion and Marriage Law: The Need for Reform, synthesises the debate to date and argues how a new legal framework on intimate adult relationships could be developed. 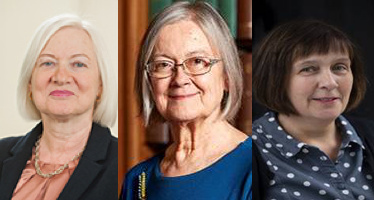 My suggestions and the wide issues will also be discussed at a webinar being held on 8th July 2021. Speakers will include Baroness Hale of Richmond, formerly President of the United Kingdom Supreme Court, and two eminent Family Law academics Professor Gillian Douglas, formerly Dean of the Dickson Poon School of Law, King’s College, London and Professor Jane Mair, Professor of Private Law, University of Glasgow.  All are welcome at the webinar, which is free to attend and is hosted by the Ecclesiastical Law Society. To book your place, please visit their website.

My book argues that reform of marriage law is needed to reflect two points of principle. The first is that legal redress should be provided to those in unregistered religious marriages but only where the failure to comply with registration requirements is unwitting or is not truly voluntary by one of the parties. The second is that non-religious ceremonies (such as those conducted by humanist organisations) and ceremonies conducted by independent celebrants should be legally binding.  It argues that this can be achieved by a series of reforms to the law on adult intimate relationships.

These changes to marriage law would solve the concerns around non-religious marriages and would lessen concerns about unregistered religious marriages since the discriminatory requirements that prevent some religious weddings from complying with the law (the need for the ceremony to occur in a place of worship) would be removed. However, there would still be some unregistered religious marriages – and some of these would not result from a voluntary and witting choice by both of the parties. The introduction of limited cohabitation rights on separation would deal with this. Adoption of a system similar to the current Scottish model would provide an opt-out system that would allow parties on separation to allow a cohabitant to seek a financial order in circumstances where they have suffered a financial detriment as a result of the relationship coming to an end.  This would apply to all cohabiting couples, not just those in unregistered religious marriages and would provide a remedy when such relationships end unless the couple has explicitly chosen to opt out of legal protection.

To find out more about this research and to contribute to the debate, join the webinar on 8th July. To book go to this website.