Control Your Face: The Need to Examine the Implications of Emotion Recognition & iBorderCtrl

Affect or emotion recognition is a recent phenomenon that can be observed amongst the mass deployment of facial recognition technologies worldwide by several governments. The process of affect recognition involves recording and coding an individual’s facial expressions in a video, with a view to assessing their emotions [1]. The European Union’s iBorderCtrl pilot project, funded by EU Horizon 2020, provided travellers with a risk score based on an automated behavioural analysis tool. This raises the question of how effectively a bespoke technology can understand human emotions, and the possible ethical implications of basing crucial decisions on perceived notions relating to an individual’s facial expressions, from a short video footage. 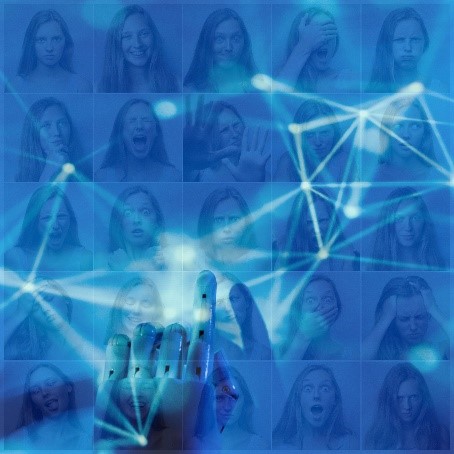 Taking the issues of Facial Recognition One Step Further

The Association for Psychological Science has published an in-depth study on the challenges of emotion recognition, and this study particularly evidences the differences that can occur in communication styles across different cultures.[5] In fact, an experiment conducted on iBorderCtrl itself resulted in a journalist being accused by the software of lying, even though all the answers they provided were true. Furthermore, the researchers behind iBorderCtrl have stated that a sample group used when testing iBorderCtrl was unbalanced, as there were fewer non-White and female participants.[6] It is thus questionable how the minute facial expressions provided by travellers at borders is a reliable and ethical method of detecting deception.

The Case of iBorderCtrl

Patrick Breyer, a member of the European Parliament, raised these ethical issues in his case against the European Commission’s Research Executive Agency (REA). In November 2018, Breyer requested the REA for access to fifteen documents concerning iBorderCtrl. However, the REA partially disclosed only two deliverables that were already publicly available. The undisclosed documents included a deliverable titled “ethics of profiling, the risk of stigmatization of individuals and mitigation plan”[7]; this title suggests that the document could be highly important in analysing the discriminatory effects that iBorderCtrl could have on individuals. The Commission cited Article 4(2) of Regulation No 1049/2001, which allows EU institutions to withhold documents which negatively impact their commercial interests, unless there is an overriding public interest.

A worrying revelation from the recent hearing of this case is that the confidential documents, that were analysed by the judges of the European Court of Justice, contained information relating to “ethnic characteristics”.[8] It has been widely recognised that the use of facial recognition technologies in law enforcement commonly results in discrimination based on ethnicity. Therefore, it is important that organisations developing technology for law enforcement, such as the REA, make documentation relating to ethnicity publicly available.

Without placing adequate safeguards and limitations on projects centred around mass surveillance and affect recognition, there is a severe impact on the rights of citizens. Thus, there is in fact an overriding public interest in making these documents publicly available. The judgement of this case could set a precedent for the importance of transparency regarding the research, and the implementation, of surveillance technologies in Europe. The European Commission has already began working on the next stage of iBorderCtrl, under the title TRESPASS, which combines affect recognition and behavioural analysis with further security checks.

My current research revolves around the use of UAVs in Law Enforcement, and there is a looming possibility that visual surveillance technologies, such as police drones, can be further combined with other controversial biometric technologies such as facial and emotion recognition. Ethical issues are unavoidable, and even doubled, when we combine controversial technologies with “deception detection”, which itself is based on unfounded understandings of facial expression.