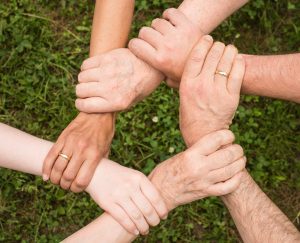 Two strangers meet, fall in love, marry. This is a well-known narrative; something many aspire to and indeed experience. What should the legal position be, however, when it transpires that someone’s spouse, unbeknownst to them, is not a genetic stranger at all?

The question of whether gamete donors ought to be allowed to retain anonymity is complex on many levels. It has given rise to numerous concerns regarding the right of children to know their genetic heritage, questions of identity. More recently however, growing awareness of ‘super donors’ has led to new, more practical issues. Last month, British newspaper The Sun reported on a donor who claims to have fathered 200 children. Whilst many states have introduced laws seeking to limit the number of families any one person can donate to, such informal arrangements in practice are almost impossible to monitor. Clearly, however, these elevate the risk of ‘accidental incest’ – finding oneself in a relationship with an individual to whom one is genetically related.

Most states, however, have laws against sexual relationships between family members. Though these differ on what counts as a ‘prohibited degree’ – the consanguinity or affinity necessary for a relationship to be unlawful – if parties are aware they share such ties, sexual intercourse between them can be criminally sanctioned. Any purported marriage is void. Though the ECHR ruled in 2012 that such laws are legitimate, this was not an ‘accidental’ incest case. The Assisted Reproductive Technology (ART) situation, however, clearly begs new questions regarding proportionality. It is suggested here that there are three primary grounds on which incest laws have traditionally been justified: the possibility of birth defects, the risk of abuse or psychological manipulation, and what is described as the ‘ick’ factor. Whether these remain as compelling in an age of ART, however, is questioned. It is suggested here that a liberalisation in the law of incest is necessary at least in such exceptional – yet increasingly likely – situations.

The Possibility of Birth Defects

Social norm continues to dictate that the marital relationship is a sexual one. As Fineman argues, physical intimacy is at the core of the traditional family. Despite criticism, notably from Goldfarb in her 1998 article ‘Family Law, Marriage, and Heterosexuality: Questioning the Assumptions’, intercourse is widely considered a defining characteristic of a legal marriage.[1] The assumption procreation is a natural consequence of this gives rise to one of the most common arguments against allowing incestuous relationships. It has long been known that the narrower a gene pool, the more likely it becomes that a child will be born with birth defects. Reducing this possibility is therefore often suggested to be a critical goal of prohibited degrees legislation.

It is now a widely recognised fact, however, that sexual intercourse and reproduction are no longer inextricably interwoven. First and foremost, same-sex relationships are far more widely recognised than they once were – and clearly will not result in procreation. Even within heterosexual couples however, the popularisation of contraception in recent decades has allowed for far more successful family planning. The risk of pregnancy is one that can be managed. Though demanding the use of contraceptive measures might itself seem intrusive, such measures would not even necessarily preclude these couples from starting a family of their own. Naturally, a child related to either one of them would be related to both. Artificial insemination or IVF with donated gametes, therefore, would again allow genetically related individuals to successfully manage the procreative risks of their relationship – without having to give up the chance of a family. When couples are open to this, this possibility must at least be considered as a more proportional response.

Risk of Abuse or Psychological Manipulation

Another commonly cited argument against legalising incest is the risk that to do so would expose vulnerable family members to a greater danger of abuse or trauma. Particularly between parent and child, there is the risk of an imbalance of power that may make the latter more susceptible to inappropriate advances. Even once above the age of consent, the risk of brainwash in such situations of control mean that establishing genuine consent may be considered simply too difficult to permit change.

In the accidental incest scenario however, where donor children have grown up in entirely separate families and are unaware when they meet the person that they are related, it seems impossible to sustain the argument that this might be a product of psychological abuse. This is distinguishable even from the ECHR ruling, where though the siblings had not grown up together, they were aware of their relationship when they met. Here, there is truly no risk of such a potentially pernicious dynamic creeping into the relationship – how could it when they simply did not know? This must be considered a significant distinguishing factor between instances of ‘conventional’ and ‘accidental’ incest which ought to be taken into account.

This seems to leave one final reason – that which might fairly, albeit somewhat imprecisely, be described as the ‘ick’ factor. Though there is debate as to whether we are evolutionarily programmed to avoid incestuous relationships, or this aversion is simply a product of social conditioning, there is no avoiding the fact that incest remains strongly taboo. Yet until not so long ago, the same might have been said of homosexuality – demonstrating the challenges of purporting to rely on such ideas of cultural norms. Though naturally this issue is likely to affect a far smaller demographic, the very essence of rights is that they are individualistic. Everyone, no matter how unusual their circumstance, is entitled to have theirs respected. If said feeling of ‘ick’ cannot be rationalised, therefore, then no matter how shocking it certainly should not be grounds to void a marriage.

Undeniably, this issue is a complex and sensitive one. Whether it can really be said that such relationships are deserving of stigma and legal condemnation, however, has here been questioned. Though a blanket liberalisation of prohibited degrees legislation may not be desirable, it is suggested that particularly in the case of ‘accidental’ incest, a more nuanced analysis is necessary. Both the rarity of the situation and the significance of the ramifications suggest all the relevant facts need to be weighed up before official measures are taken: the sexuality of the couple, how long they have known about their relationship, their feelings on the matter. As always, decision makers should be willing to challenge their inherent biases – look past social stigma to achieve the right outcome on the facts. Such analysis is necessary for such circumstances to be properly dealt with. Social discomfort ought not be a barrier to this.